Prologue of an abuse survivor story

This True Story is…credible. Life lived on a Precipice of DEATH! 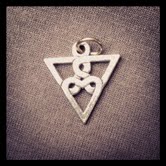 My daddy took my hand and led me to a wooded area. I asked him, “Why are we here?”

My drunken father responded by putting his strong hands on each side of my throat and strangling me. I blacked out. I was going to die. Right before I stopped breathing I came back to life.

Then, he said to me, “You will do as I say. If you don’t I will kill you and your mother, too. Do you understand?”

He removed my clothes and played with my body until he was satisfied. Then, he walked back to the car and waited for me. I got inside and we drove home. As ashamed and afraid as I was I believed I had done something good.

I had saved my mother’s life.

I was six years-old.

An abuse survivor story always involves sex, death and other people. Sometimes, bad luck. But those who survive are those with the stories now. Whether it’s the Holocaust or a simple American family.

“Come away, O human child!
To the waters and the wild
With a faerie, hand in hand,
For the world’s more full of weeping than you can understand.”

My name is Sheila Renee. My story is my life as a little girl who believed the world and all the people in it were kind and good and wonderful. As a sensitive child I was not prepared for the reality of life, beginning in my own home.

But, I learned to take every hit and hit back. This is not a tale of desperation and devastation it is a challenge to all of you out there who need to be reminded that you can overcome any adversity in the end and live happily ever after, not in the fairy tale sense, but in the real world one.

Yes, I am a survivor of abuse, both in my home growing up and in my marriages. There is no question that I have been to emotional and physical hell and back. I shouldn’t even be here writing to you.

Truth be told, there are a lot of women who have experienced what I went through. Many men have also been abused, as well.

Mine is a life of perseverance, adjusting my choices, making courageous decisions and believing that I was the opposite of what my abusers were telling me.

I want to bring forth the value of the human experience and the significance we all possess no matter who tells us differently.

Sadly, I have to detail some pretty rough treatment here to explain the ways to resolve them and keep my essence intact. There are no guarantees in life; just the promises that there are solutions for the problems.

This accounting is not about a complaining, victimized woman. There is no glory in that. My life is a testimony to my evolution from a determined girl and women to survive to finally understanding and applying the unlimited grace of God who was always there for me and never let me give up on myself, even though I didn’t care for the longest time whether He cared or not.

This is a book of reality, bad choices, grit and praise. Together, we will laugh and cry and be grateful for a life that emerged as gold is refined by fire.

“The most beautiful people we have known are those who have known defeat, known suffering, known struggle, known loss, and have found their way out of the depths. These persons have an appreciation, a sensitivity, and an understanding of life that fills them with compassion, gentleness, and a deep loving concern. Beautiful people do not just happen.”

I was born on September 15, 1960, two months before America elected Senator John F. Kennedy for President.

My mom recalled that I was a, “miracle baby,” because she had almost died preparing to give me birth before my dad finally consented to take her to the doctor.

She was told there that one of us was not likely to survive.

Miraculously, we both did!

I was the middle child and smaller and more sickly than both my brothers. I was a beautiful baby; I had blonde hair and blue eyes and didn’t talk much. I hated to walk and preferred to be carried everywhere.

My legs were chubby and I fell a lot. That might have explained my reluctance to travel very far on foot. So, everyone toted me around and I became quite spoiled!

I grew up with politeness. Everything was, “Yes, Ma’am,” and, “No, sir.” I hated to hurt anyone’s feelings. I was very courteous.

I was also very gullible.

My early memories of life involved lying outside on the grass and looking up at the blue sky. I felt so serene. I also loved flowers of all kinds.

To me, the world was awesome in its natural beauty. Once I figured out that most spiders didn’t bite I became their caretaker, protecting them and having conversations.

I loved all animals. I should have opened a petting zoo. I struggled with eating deer and cows. My dad and brothers love to hunt and I hated them for it. I would eat chicken but never Bambi.

Speaking of my brothers, my oldest one was a tyrant. He loved to make my younger (and sweeter!) brother suffer; so much so that I became Jeffrey’s protector against our elder sibling.

This caretaking side that emerged turned me into a leader, a position I carried through life.

My birth in 1960 placed me on the tail end of the Baby Boomers. I was almost ten years old during the Apollo 13 drama, 20 when Ronald Reagan beat Jimmy Carter and almost 30 when President G.H.W. Bush sent troops into Kuwait and started doing battle with Saddam Hussein.

I was at war, too; with abusive men.

It all began with my father…

The first four years of my life were a fairy tale.

I had a handsome dad and a beauty queen mom. They had met in a small town in Indiana and had fallen in love immediately despite their disparity in ages. My mom had walked down the aisle just out of high school.

She always believed that my dad looked John Wayne. He was 6’4, 225 lbs, with thick brown hair and blue eyes. He was sweet, kind and gentle to my mom and me. He was stunningly handsome on the outside but far less attractive on the inside.

As I was soon to find out.

My mom was the greatest cook in the world. She made chicken and dumplings, blueberry pies and my favorite, biscuit with gravy and grits. She also dressed very nice.

An absolutely stunning beautiful woman at 5’4” 115 lbs with black hair and dark blue eyes; my mother loved God, the bible and going to her Pentecostal church. She was as loving as she was confident. She was a tirelessly a hard worker, sometimes too much.

She seemed to overcome almost any problem.

But, she could never cope with my father. Over the years I saw him beat her down to an emotional pulp. Her beauty faded as time went by and her suffering plummeted to depths very few human beings could handle.

Along with his constant drinking he would leave for weeks at a time and she would scramble to find food for the four of us to live on, some vegetables and fruits which we took from the land.

These were tough times but she always took care of us.

In the early days, mother was easy-going and laughed a lot. She and I loved nature. My dad would take our entire family on vacations to the Great Smoky Mountains.

I have very fond memories of those moments. We would often go visit my grandparents as we sang merrily in the car. We met Native Americans. We would get trucks to honk their horn. We did a lot of camping

My life was fun and carefree and the sun was always shining. Then, the clouds gathered, the sky darkened and as I turned six years old, my dad began drinking.

My journey to the dark side started innocently enough like a gentle breeze portending a tsunami. My dad would put me on his knees and give me joyous horsey rides. For years, they had been innocent and my favorite activity with my father.

But now, they turned ominous.

He set up our playtime by telling me that little girls and their daddy’s did special things together and this was one of them. Then, his voice changed to a more menacing tone when he whispered, “If you tell on me, I will kill you!”

Right then, I knew this was no longer a harmless playtime with my father. It was something far more serious and lurid. This went on for several weeks and then one day he told me to get into the car.

When I asked him why he tersely said, “Get in!”

I knew something bad was going to happen to me.

Sadly, I was right.

That day he drove us deep into the woods and instructed me to get out of the car. I had a sense of dread and quickly realized we were alone and isolated with no one around to help me.

I was at his mercy.

There was no reason to pray; God was nowhere to be found. I was cruelly on my own. What was going to happen would occur without any divine intervention.

He put both of his strong hands on each side of my throat and began squeezing until I blacked out. I remember going into a darkness and a lifelessness. I never saw an angel or any heavenly apparition. I never saw a light. I didn’t go to any afterlife.

This was it. These were my final moments on earth.

The next thing I knew I was waking up. My eyes opened to a blurry sense of light. Part of me was disappointed that I had not died.

Especially, due to what followed next. My father hissed, “If you tell anyone about us today I will not only kill you; I will kill your mother, too!”

Afterwards, he walked back to the car and left me standing there feeling dirty and ashamed. It was humiliating. I felt like a piece of actual garbage.

I returned to the car and we drove off like nothing had happened. I hated my father for what he had just done to me.

I hated God, too; for not stopping it.

My fairy tale world was gone forever. I was no longer a six year old girl.

I was a woman…

One in Three are Victims | Me Too Movement

This site uses Akismet to reduce spam. Learn how your comment data is processed.