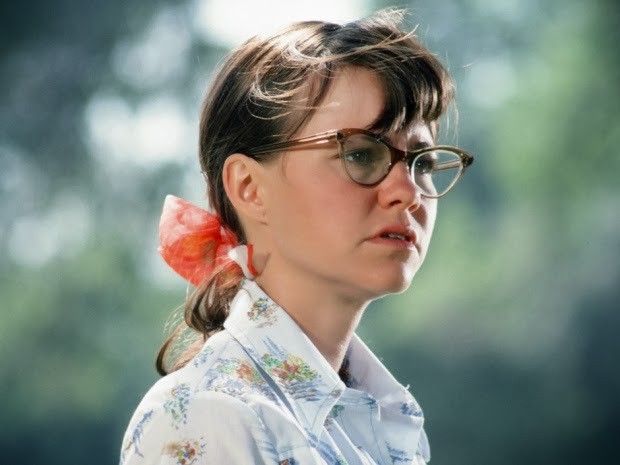 Sybil awakened to the streaming light flooding in – a beautiful present from a magical dawn. Gazing through the window, her eyes drank up this succulent, marvelous reality. Which she could finally feel as being solely her own. It was no longer any old set of circumstances imposed on her by outsiders. It was what she truthfully deserved, what she had never ceased to believe could dwell proudly within herself. Like entering into a visceral dream, she knew it was what she was actually living, not merely dreaming.

The lilac of the lavender fields played bountifully with the blue of the noble sky. It was full of rosy and yellow clouds. And where the majestic sun had begun to radiate toward her gaze, with a new clarity. It spoke to her about the beginning of Infinity, where she’d always yearned to live.

The aroma of the flowers, enveloped in the fresh air of the new day, was a perfume. Bringing the most innocent, innocuous smile to her blushingly red lips. Who’d once said Paradise was only a fantasy? Whoever it was, the poor dear man had apparently lived in embittered self-deceit. Or, did he have an even stranger tale to tell?

This fiction story may take your breath away

She turned her face to the spread-eagled bedclothes, softly billowing with shiny, satiny white sheets. Untidy because of so much love. And now her whole being lightened. Her enchanting, emerald-colored eyes overflowed with moisture, bursting outward in disbelief!

She did not care to ever stop looking at him. The love of her dreams, encased in colorful flesh and blood, the love which she’d longed to encounter through so many others, in the long course of all those incarnations she’d lived through – without having made her dreams last forever. She gazed at him with an abiding tenderness, at the same time with a building passion. The love which she felt for Antoine was the same exact love which she now experienced. Her self-love had created what she was finally living. After who knows how many lives, her surrender to the divinity of true love had eventually attracted that one and only naturally blissful being with whom she was able to understand that two people not only could, but absolutely had to become one united, eternally loving soul.

Nude as she was, she tried to cover her shivering torso a little. She didn’t want to intimidate those magnificent scenes of nature which continued to penetrate the diaphanous pale, pearly curtains of the windows, as if their invisibility did not desire to miss out on what was about to happen there, locked within the silent room.

As she gazed at him, the profound love she felt began to boil through her veins, then overflow through her pores. He was placidly asleep, and she did not seek to awaken him; but his tranquil, warmly inviting form beckoned her to caress, to touch that smooth skin which she ached to feel gliding gently underneath her nimble fingers.

As romantic fiction goes, so goes the world of progress. Or, regress.

With her index finger full of fire, and her middle finger full of Heaven, she began to caress his exposed, muscular arm, and then his bulging, masculine chest. His heartbeat was so seductive that she could not resist resting on him to hear its soft, pulsating murmur. It was a serene heart, a forgiving one, unscarred and abundant with love. He overflowed with a peaceful passion and the sanest hues of warmth, like what she herself had slowly begun to feel. This was only after so many sad and tragic lives had passed by, in which she had died without comprehending her lessons, only to be reborn again as she sought to understand how to attain that elusive love which currently newly welcomed her.

She asked herself how she had come to deserve this much happiness. The answer did not arrive via her thoughts, but filtered into her reality, as she felt her long, silky hair beginning to be stroked by that singular loving being whom she faithfully desired more than life itself.

He clasped her in his arms, his sweet amber eyes smiling at her. They gazed longingly at each other, opening broadly to the moment awaiting them. Any sense of separation ceased to exist. Everything was fully united through that divinity which they both amply shared. Their eyes embraced the same beauty, their knowing lips sought the same frenzy; their bodies encircled each other from head to toe. They were perfect prototypes for any sculptor longing to create a marble masterpiece of love that would endure for timeless generations.

If you created romantic fiction, would it be real?

Making love had completely changed its meaning. God, how much time had she wasted believing in the incompleteness of love? The whole past blasted past her, flooding inwardly in the form of vague memories. How many men and women had she loved with fierce insufficiency, stubbornly insisting on creating new love every time the universe gave her an opportunity to be reborn and discover the truth? Far too many, no doubt; it was time to rediscover the limitless realities of love.

A short while ago, she’d recovered full awareness of the seven lives allowing her to arrive at this present time, not simply all her lives, but the most transcendental ones. Now she could humbly accept her gradual evolution. Without her entire, encapsulating past, bad or good, or rather good and evil balancing out at the same time, she wouldn’t have come to know this state of permanent bliss. Through many periods of great significance for humanity, ploddingly, achingly slow had wound her earthly path. But on this day, she understood how the universe was made of many coexisting dimensions, that while she had lived from the most basic to the most advanced of realms, all of those worlds were magically happening in a parallel and simultaneous way.

There was no need to talk. Their eyes met, their hands synchronically touched the most hidden places of their bodies with a single heart, beating hotly through the whole of their joint flesh. He felt her in him, she felt him in her. This was not the mere physical love of a few different positions. It was a love of all possible yens and sensations.

Once upon a time, I wrote romantic fiction sample work. Now, I try to live it!

The heart decides when the time comes to know the divine through the awakening of the Kundalini. There was no way not to follow the rhythm of the inner universe which these two people shared; their love was an immutable force moving the far-away mountains, seas and rivers. A heart-rending moan escaped from the ecstasy experienced by these two – becoming Love itself was equivalent to penetrating Almighty God, within which Indescribable Nothingness was the final goal.

While she slipped lightly into his heart by piercing the amber of his inviting, exciting eyes, he possessed the whole of her soul within the rhythm of his athletically strong movements. At that same time, Nature lent his manly voice to lustily sing out one lingering sonata of love, which showed that both of them in unison were reaching the promise of Heaven, renewing the faith of the entire Universe.